Assembled at the Wizard Factory Compilation is Finally Available!!!

The hardest working team in the under, Peasant Podium Music, is proud to bring to the world "Assembled at the Wizard Factory", a compilation featuring Verbal Lexapro, Mad Credo, ParaNormal, JKas, Rhinoceros Funk, Skila w/ Fear is Dead and more.  Production by Emphatic, Darklights, Mad Credo and Lexapro. 10 tracks with mad styles and flavor for you to savor, but don't just take our word for it, peep Lee PerCepto Mysterio's review below....


ASSEMBLED AT THE WIZARD FACTORY
by: Lee PerCepto Mysterio 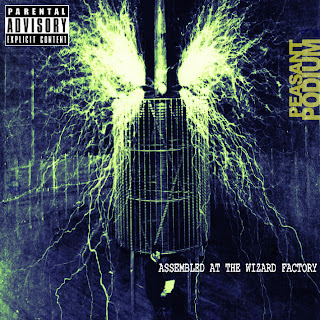 Salutations, to all you cool live mighty love havin’ homosapiens! Transmitting from the Wizard Factory, I welcome you all in to meet a fine legion of mentals crafting up some fly tunes for Hip Hop heads worldwide to soak up and enjoy.  I bring forth and present to you all a compilation entitled “Assembled At The Wizard Factory”.  A project well constructed from a group of young, very strong minded/militant individuals who decided to flex their mutant powers ever so easily and whip up some spectacular bangers for the masses to take home and appreciate ‘til it’s time to ghost.  Pop it in your cd or iPod player (oh no, I know I just said it…not fresh but it’s indeed the now), close your eyes and let’em in. Like a meteor quickly approaching…BOOM!  Kindly slip into your imagination, paint each scene in panoramic view from your bedroom ceiling and watch’em pulverize the universe with their natural given talents. Take a seat, relax and just chill out with the poison of your choice.  Get ready for the future!  B-boys, B-girls, Peasant Podium is at it again with their tight knit posse who all are indeed well skilled in the Art Of Lyrics.  Let be known, they are a family, they’re all about having a good time, having crazy amounts of fun and enjoying every second while throwing some of the dopest jams out in the BX.  But, these cats ain’t playing.  They’re wielding some serious ammo and hitting the Wizard Factory hard!  Now, go and listen, hang onto every word flung and to every beat kicking as they all thump.  Peep skill and do the knowledge.  The music speaks for itself, you be the judge.  Pure magnetic rawness lies deep within these tunes.  These cats here are doing it independently and they have my mega support.  You all can support too.  I hope you all enjoy this magnificent work of art as much as I did.

"Assembled At The Wizard Factory"  Compilation

1.  Truth In A Seal - Produced by: Darklights.  Lyrics by: MadCredo, Verbal Lexapro, JKas andParanormal.
(A dope track setting the comp off stupid propers!)

2.  On My Latitude – Produced by: Darklights.  Lyrics by: Verbal Lexapro and Mad Credo
(YES, the neck snaps here are ultra heavy!)

4.  Relax And Just Chill – Produced by: Emphatic.  Lyrics by: Paranormal, Mad Credo, Verbal Lexapro.
(This is by far my favorite track! FLAWLESS!!)

5.  Marvelous– Lyrics and Produced by: Mad Credo
(WHAT!  Loving the intro & beat, Credo flexes an ill one here)

6.  Greek Mythology – Produced by: Darklights.  Lyrics by: Verbal Lexapro and JKas
(I freakin’ love this joint!  Rhymes and the beat = FLAWLESS!)
*(On a side note, where is JKas’s solo full length?)

7.  The Fire Rises – Produced by: Paranormal and Verbal Lexapro.  Lyrics by: Paranormal.
(No joke, this track is pure FIRE! When it’s time to go to war, before grabbing my Samurai sword I’ll be pressing play for this one to rock on y’all.)
*(On a 2nd side note, where is Paranormal’s solo full length??)

8.  Rhymestonez– Produced by: Verbal Lexapro.  Lyrics by: Verbal Lexapro, Paranormal andRhinoceros Funk.
(So dope, so banging!  This track was first sighted on the social network some time ago and it still smacks ridiculously hard.)

10.  Cry Later– Produced by: Verbal Lexapro, Skila and Fear Is Dead.  Lyrics by: Skila featuring Fear Is Dead.
(This is an ill track and a perfect way to end the chapter/mission.  Roll credits and play this.  OUTSTANDING Y’ALL!)

Available for purchase at:

From my heart and soul.  I do this because Artists like these should never go unnoticed nor forgotten.
Posted by Unknown at 3:53 PM

Peasant Podium Music is a Bronx-based record label whose mission is to release mature hip-hop sounds from new and established artists from all over the world.
Posted by Unknown at 5:59 PM 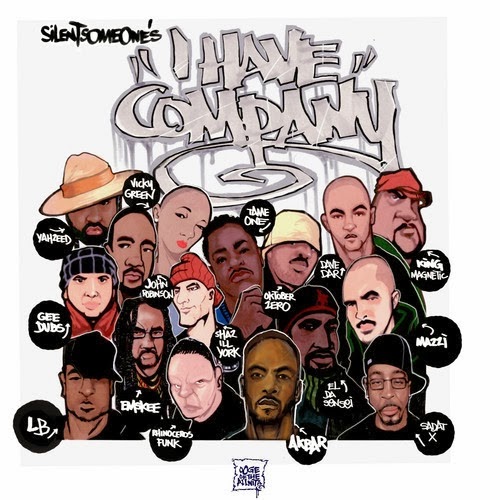 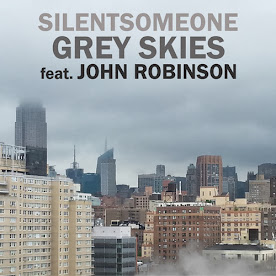 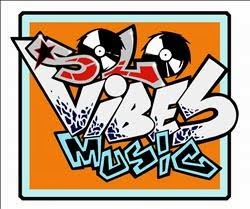